After too many years of abstinence from headphones, I was given as a present a pair of Fostex T50RP MK3s. 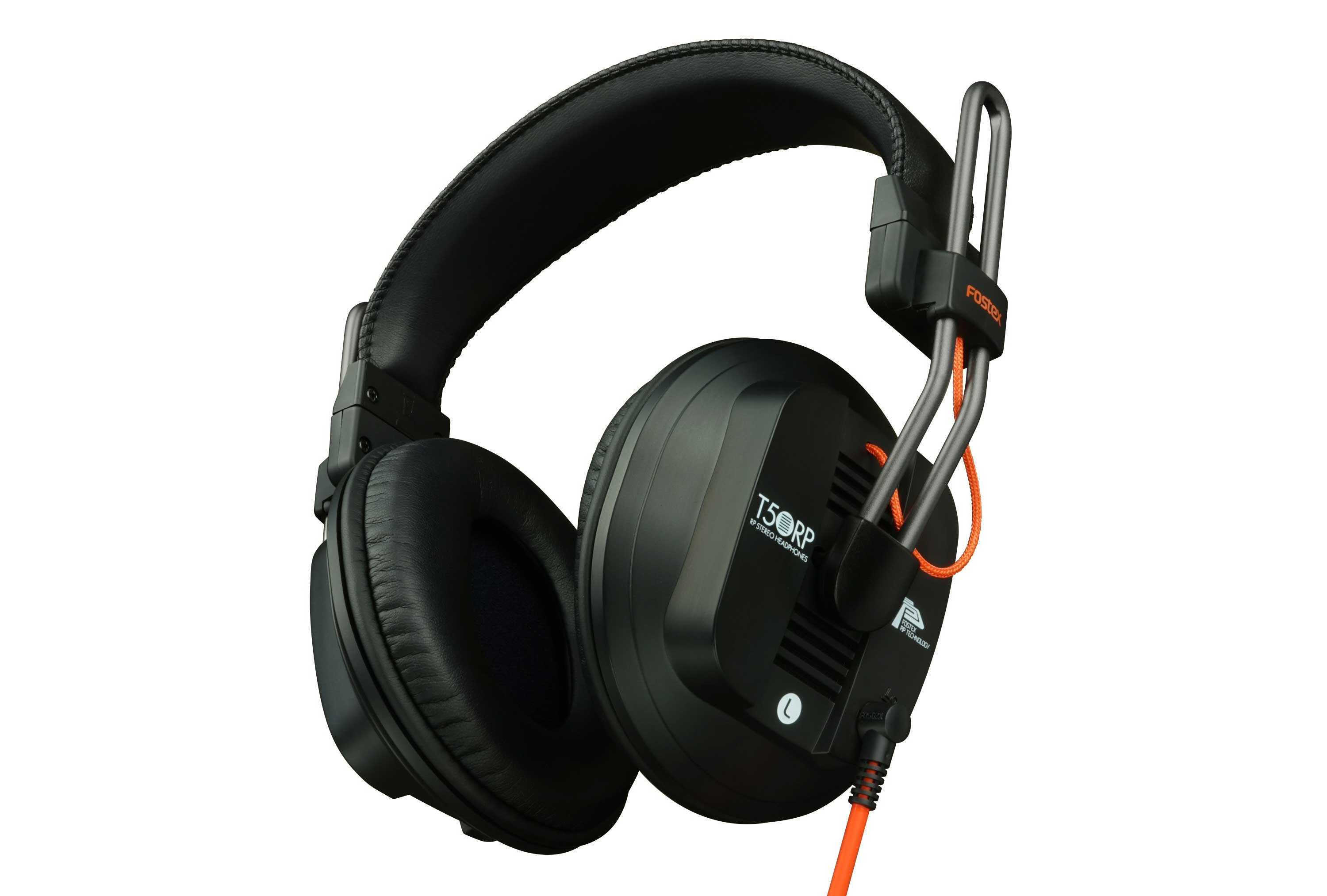 These headphones have an excellent VFM, having true planar magnetic drivers at a price point of ~150€.

This is what they look like on the inside: 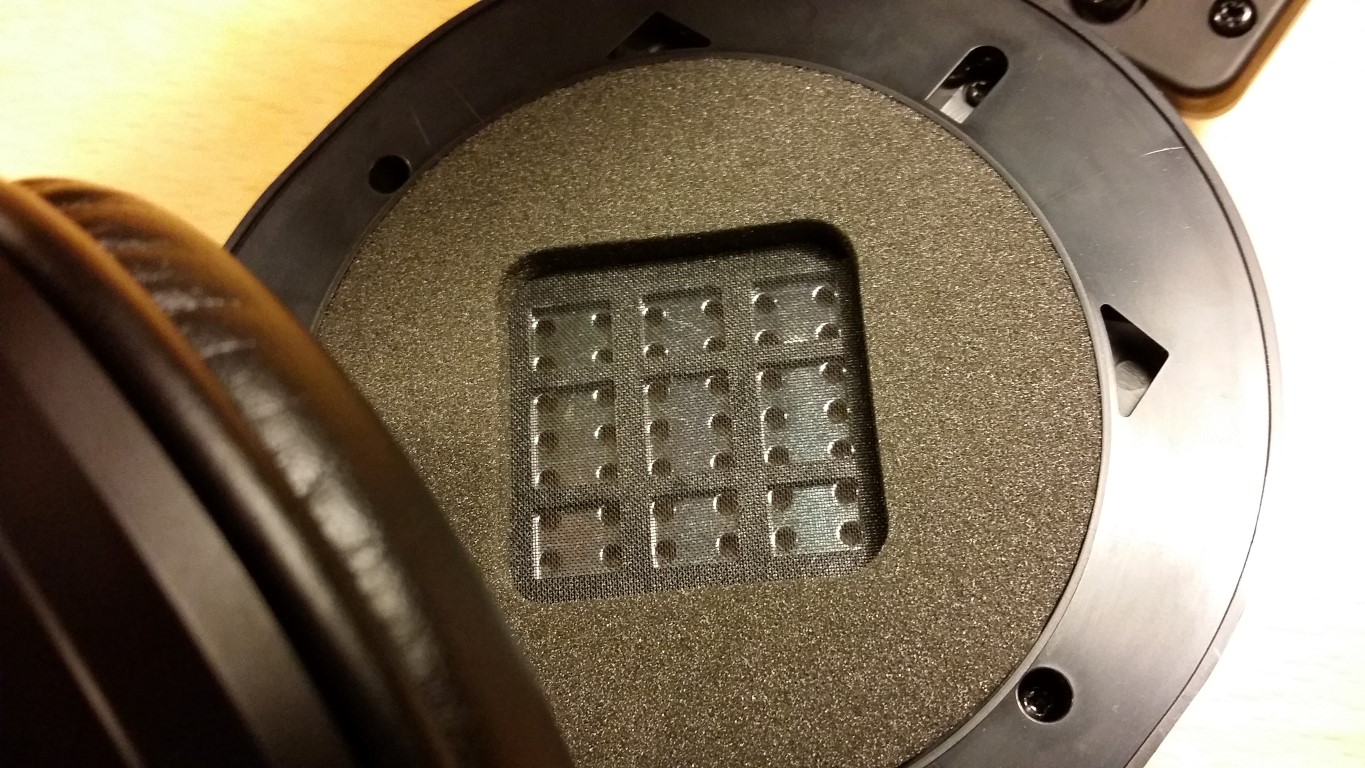 There is a drawback though, and that is their low sensitivity. ~92dbs mean that my current cell phone has no hope of making them rock. No chance at all. Same goes for pretty much any USB-powered DAC/headphone amp. So anyone serious about driving these headphones needs to look into a proper headphone amplifier.

I said to myself that I should try to build a proper amp with parts that I already had lying around, so I looked at my stockpile. I realized that I had a brand new pair of AMB alpha20 class-a line amplifiers, rated at 3.0Wrms into 33Ω with a ±18VDC power supply. 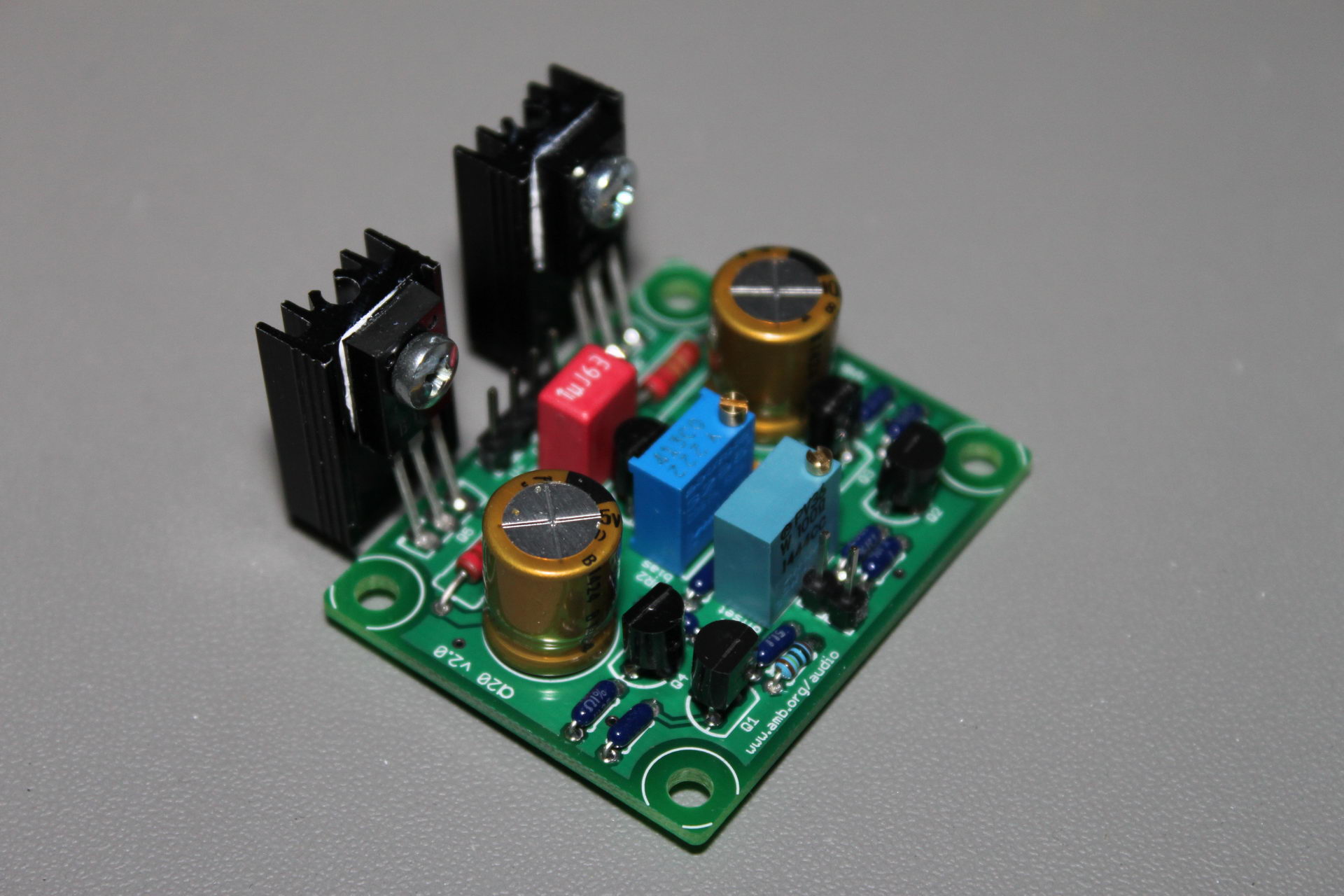 Powering the alphas by my bench power supply, I connected them to my audio card’s line out (an Auzen X-Meridian) and hooked up the headphones. The result was impressive. The alphas delived sound that was clear, crisp, with very little distortion. Plus they managed to achieve SPLs well into eardrum-damaging territory. Good.

Next up was the power supply. I had a set of Salas BiB shunt regulators that were collecting dust, so they would do just fine. 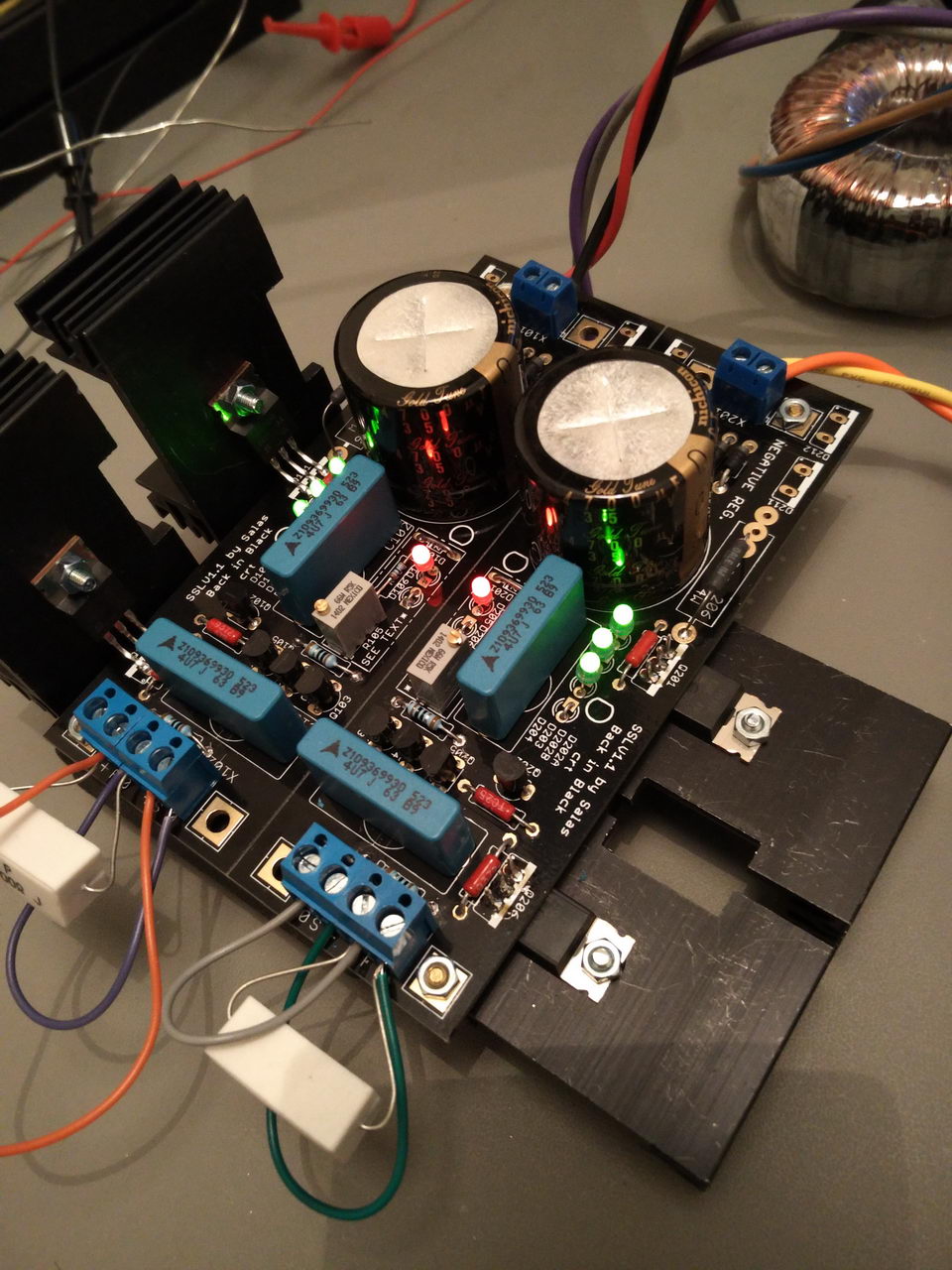 The case would be a Modushop.biz Galaxy 1U aluminum one that I had bought for a project that never went beyond the design phase.

I was missing a transformer that would fit inside the 1U case, so I bought a 25VA unit from Mouser.

At last but not least, I needed a 1/4″ TRS jack that could be mounted on a 10mm thick aluminum face. Neutrik had the perfect part for the job: 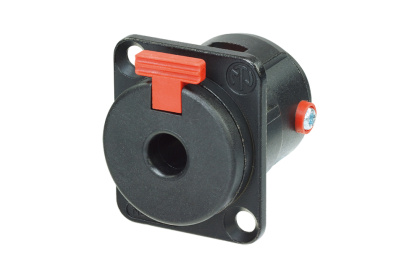 So, all I ended up purchasing was the trafo and the 1/4″ jack. Nice. 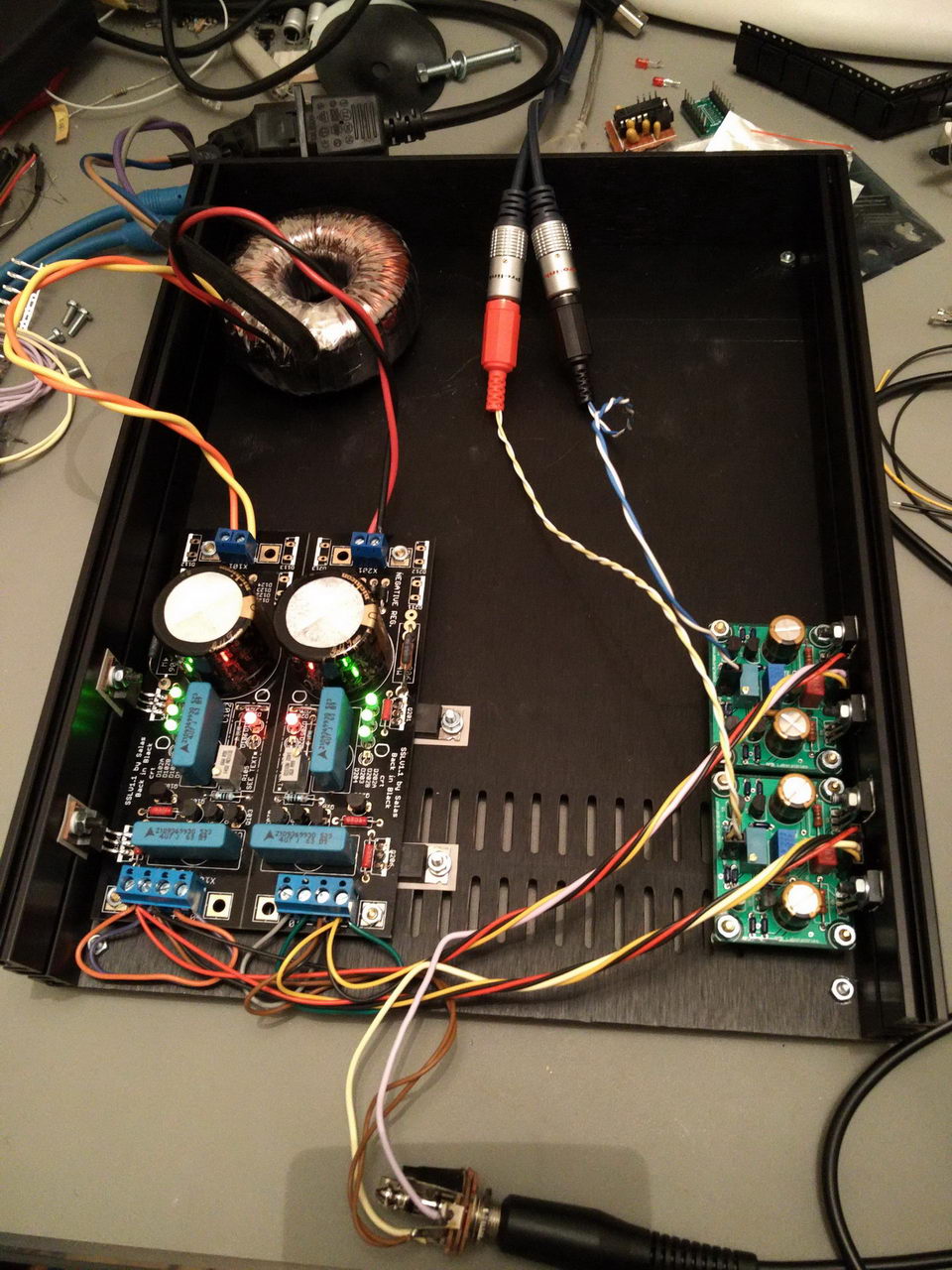 So now I had a functioning headphone amplifier.

The next step is to add a USB to I2S interface, a DAC, some sort of volume control, another power supply to power them and an Arduino & Screen to control them. Space might be an issue.. 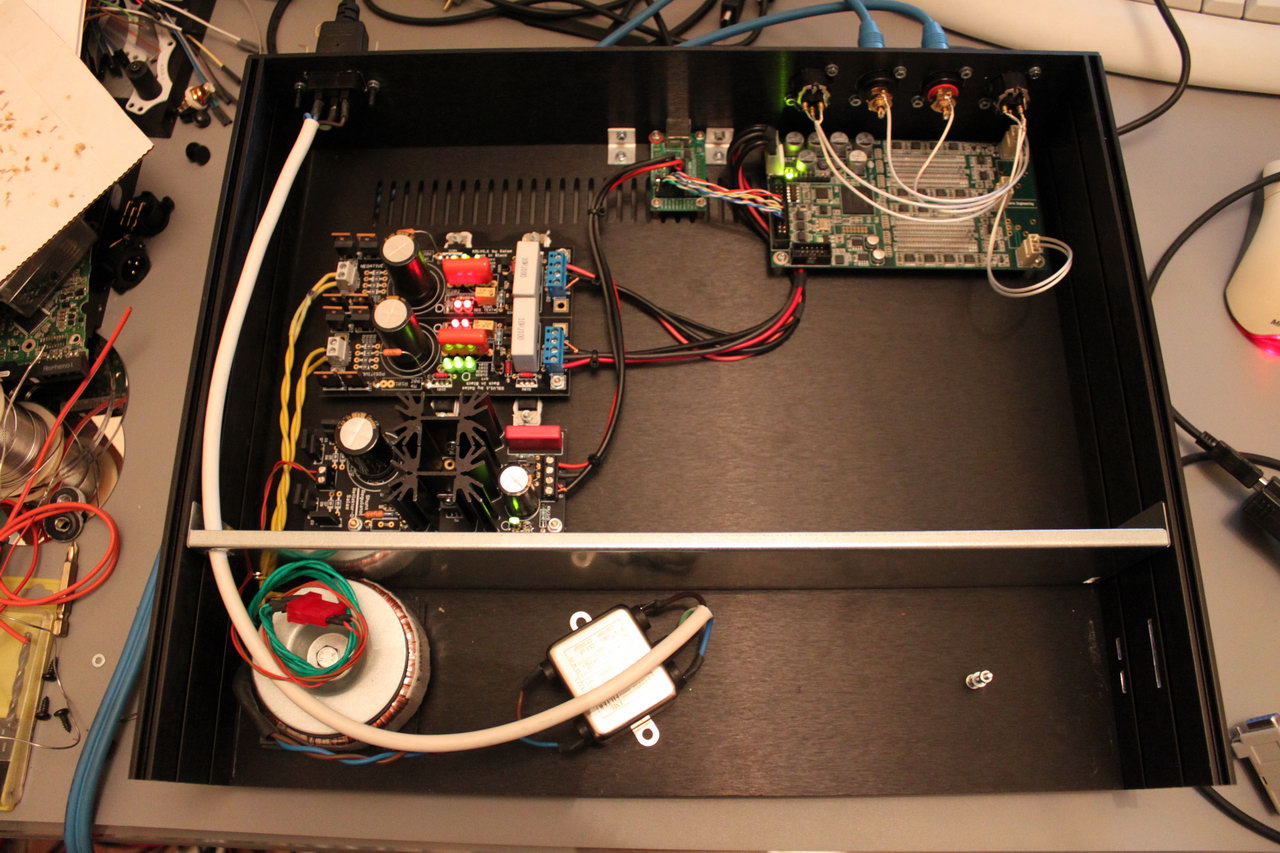 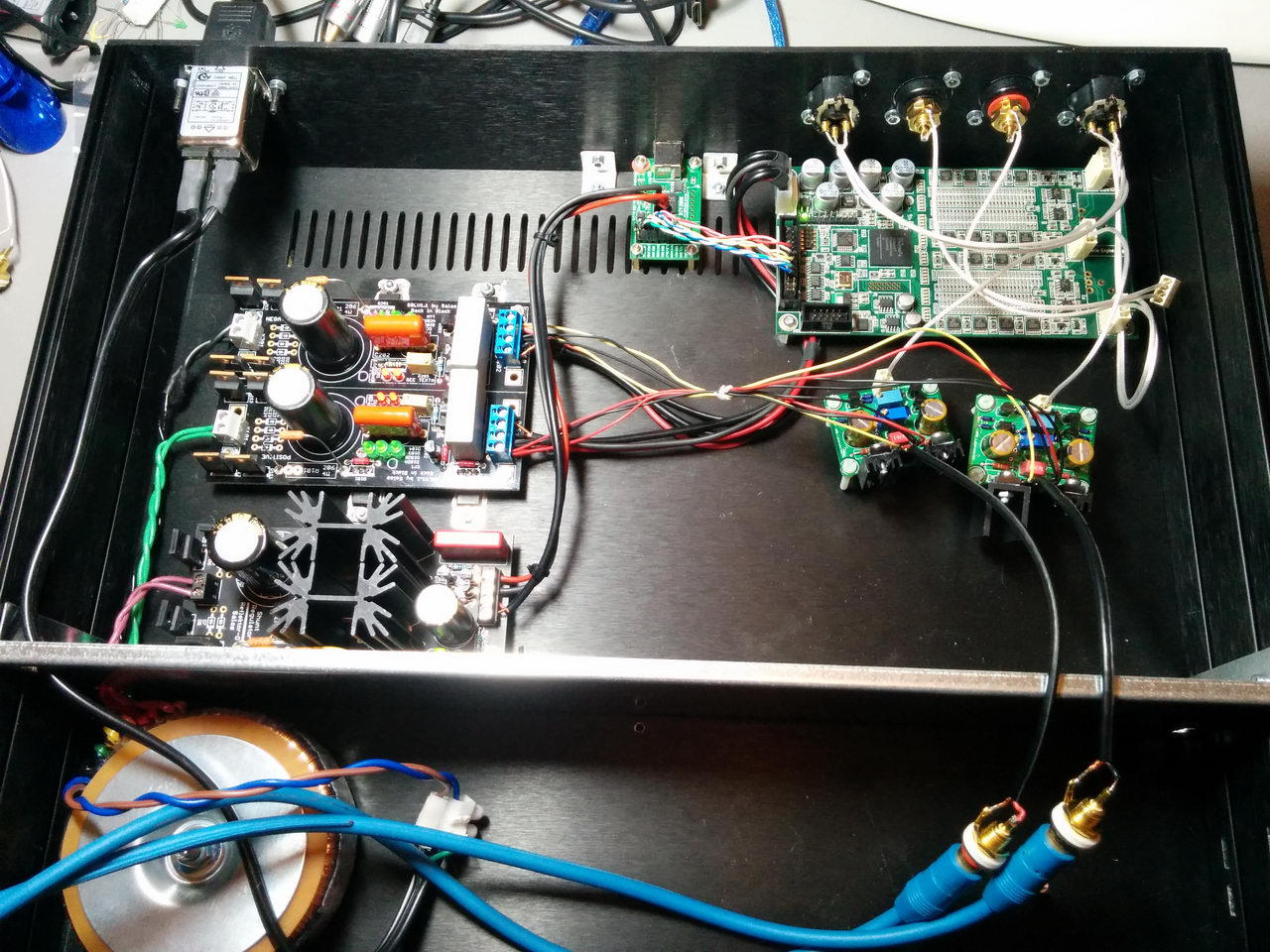